Over 10 years we help companies reach their financial and branding goals. Engitech is a values-driven technology agency dedicated.

The GUILD International College offers an educational programme that prepares students for independent living and that provides them with the skills they need to become accomplished working adults.

Our hands-on programme, which includes arts and crafts, design and technology, hospitality service and other trade-based skills, will empower students, strengthen their well-being, and give them the capabilities they need to excel in the world.

We strive to give students the respect and flexibility they need to identify their paths and excel at their own pace. Kindness, compassion and acceptance of diversity are core values of The GUILD. We make it our mission to help students become the best that they can be. 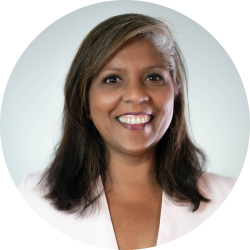 Jayne Nadarajoo is the founding director and Head of School for The GUILD International College in Singapore. Jayne has more than 30 years of experience teaching, designing and implementing programmes for preschool to college-levels at some of the most innovative schools.

Sometime in 1999, when her own children were faced with limited choices for preschool and early education, Jayne founded a new school – White Lodge Education Group Services – then later The Melbourne Specialist International School (MIS) and ASPIRE Centre for Special Education to serve children with diverse needs. She has a Masters in Teaching and Learning from Hibernia College, Ireland combined with a Diploma in Child Psychology, advanced studies in Early Childhood Care and Education, Autism and Speech, and Educational Drama. She is a member of SENIA Singapore and the International Association for Special Education in the US. 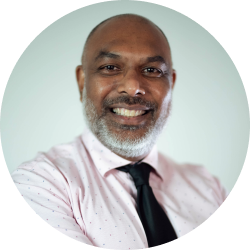 Ganesh Kanapathy is the co-founder and Chief Operating Officer for The GUILD International College in Singapore. Ganesh has more than 20 years of experience in education management and helped establish White Lodge Education Group Services, a kindergarten in Bukit Timah, Singapore, which he co-founded with his wife Jayne Nadarajoo.

Through careful planning, logistics and resource management, he has grown the White Lodge Education Group Services, which now has 11 kindergartens across Singapore and Malaysia. Ganesh was also the co-founder of the Melbourne Specialist International School and the ASPIRE Centre for Special Education, which both serve students with diverse needs. He has a Masters in Business Administration (MBA) from the University of Roehampton, a Diploma in Child Psychology and Counselling, and an International Coaching Federation certification. 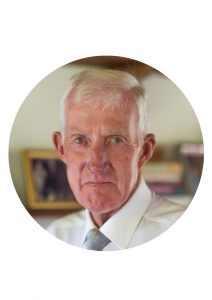 Director of Education and Engagement

Ronald Stones OBE is a veteran educationalist.  Although he is from Britain, he has been resident and working in South-East Asia for more than thirty-five years.  Having started his career in education as a teacher, he assumed leadership positions at quite a young age, and progressed to direct four international institutions of renown in the region – including Tanglin Trust School Singapore and the pioneering Green School Bali.  His latest position was to lead the conceptualisation and planning of a new international school in Singapore for a well-established education group.

He has been appointed Fellow of the Royal Society of the Arts, and has been recognised for his work in education in Singapore and Indonesia by Britain’s Queen Elizabeth II.

In his leisure time, he is a seasoned collector of works of art, has authored a number of publications, and continues in advisory roles in education.